Reducing the Use of Restraint and Seclusion

The Maine Developmental Disabilities Council takes a strong stand against the use of restraint and seclusion in our schools, hospitals and group homes, and works with our ally organizations to raise awareness about the trauma that these interventions impose on our most vulnerable populations. In the last few years, MDDC has:

Our work on this issue ramped up in 2012, when the Department of Education’s Chapter 33 rules, which govern the permissible uses of restraint and seclusion for students, were opened to changes.

Since the new Chapter 33 rules were put into place, advocates at our sister organization, Disability Rights Maine, have been collecting and collating the data around the use of restraint and seclusion in schools. The findings have not been positive and include data to show that children with disabilities are more likely to have these interventions used on them and worrying indications that schools may not be reporting as the law requires.

The Coalition Against Restraint and Seclusion – CARS

In collaboration with other statewide advocacy organizations, including Disability Rights Maine, Maine Parent Federation, and the Autism Society of Maine, the Maine Developmental Disabilities Council created CARS – the Coalition Against Restraint and Seclusion – to better focus on this important issue, raise awareness, and create positive systems change that will reduce the uses of these harmful interventions. Since 2014, CARS has met regularly to discuss the ongoing issue of restraint and seclusion, collect data and stories of parents and children affected by this issue, and work more effectively together to get the message out about how harmful these practices are.

In March of 2019, MDDC funded a screening of The Kids We Lose, a documentary produced by Dr. Ross Greene and his organization, Lives in the Balance, that follows the stories of several children and adults affected by the use of restraint and seclusion in schools - including stories from several children in Maine. After the screening, which took place at the University of Maine in Augusta, MDDC hosted a panel discussion that included Dr. Greene and several members of the Coalition Against Restraint and Seclusion answering questions from an audience that included Department of Education employees, teachers, and parents. MDDC also helped to spread the word about this important film, which at the time was available for free streaming through PBS, on our website and social media.

This legislation is currently working its way through the process. For more information on this bill and what you can do to support it, go here: https://maineddc.org/keeping-all-students-safe-act

Our sister organization, Disability Rights Maine, has been tracking the data available on the use of restraint and seclusion in Maine schools, and recently published an update to their report. Some of the big takeaways: 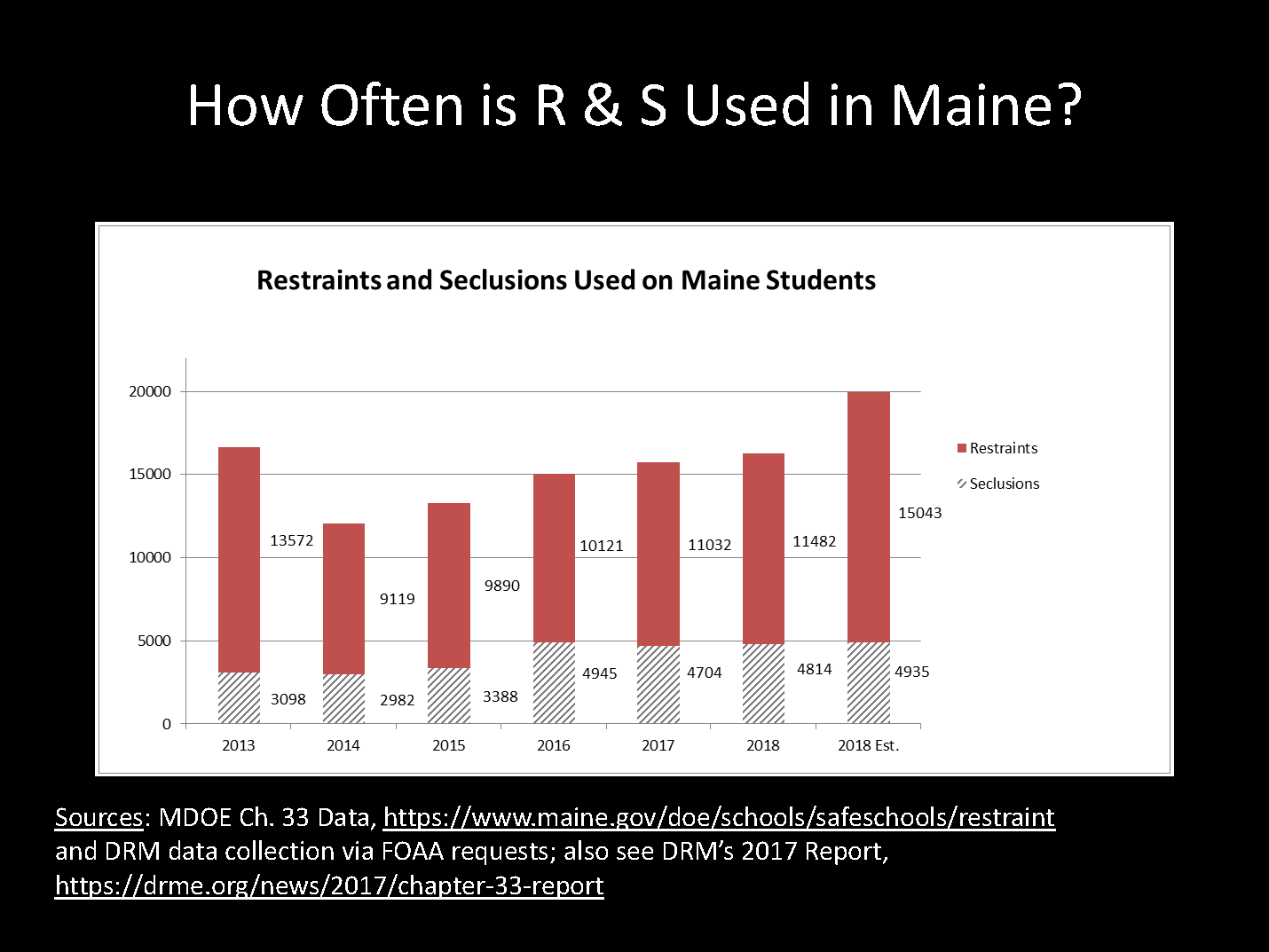 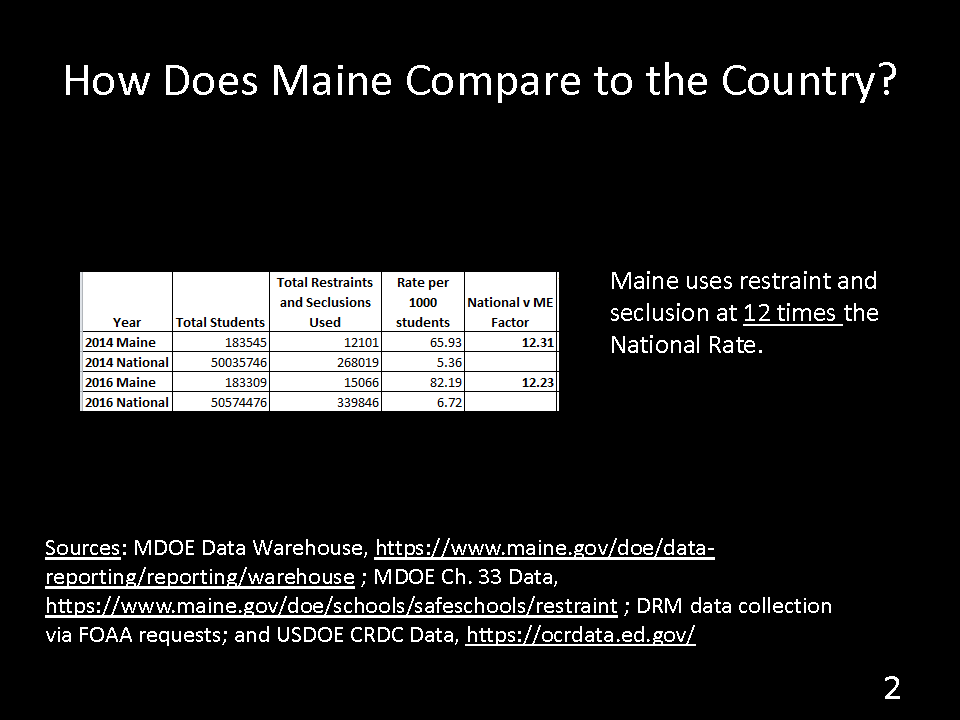